Subscribe to receive Marijuana Moment’s newsletter in your inbox every weekday morning. It’s the best way to make sure you know which cannabis stories are shaping the day.

Before you dig into today’s cannabis news, I wanted you to know you can keep this resource free and published daily by subscribing to Marijuana Moment on Patreon. We’re a small independent publication diving deep into the cannabis world and rely on readers like you to keep going.

The Internal Revenue Service released a new memo on marijuana industry tax issues, including making payments with large sums of cash. The move seems to be in response to a Treasury Department inspector general’s report from earlier this year that slammed the agency for not having cannabis-specific guidance.

Virginia’s House of Delegates and Senate both approved bills to help people expunge prior marijuana convictions. This comes after both chambers also cleared legislation to stop police from conducting searches or seizing property based on the smell of cannabis alone.

The Vermont House of Representatives advanced a bill providing for expungements of marijuana convictions and letting people grow and possess more cannabis without the threat of jail time than is currently allowed.

New Mexico Gov. Michelle Lujan Grisham (D) argued that legalizing marijuana could help fund Medicaid amid a budget crunch the state is experiencing due to the coronavirus pandemic.

Nebraska medical cannabis activists announced they will pursue a 2022 ballot initiative with “no limitations” after the state Supreme Court ruled their measure this year violated single subject laws with its regulatory and licensing structure.

The U.S. Court of Appeals for the District of Columbia Circuit overturned an intent to distribute conviction against a man busted by U.S. Park Police for having marijuana, scales and baggies—and it’s thanks to the legalization law D.C. voters approved.

The U.S. Department of Agriculture released several audio spots promoting its reopening of the public comment period on hemp regulations.

Rep. Doug Collins (R-GA) said he plans to vote against a marijuana legalization bill on the House floor this month.

Rep. Norma Torres (D-CA) tweeted, “Our federal #Marijuana laws have achieved nothing for the American people besides generations of incarcerated black & brown kids. It’s time to admit that ugly truth and right this wrong. I support @RepJerryNadler’s #MOREAct”

The Senate bill to deschedule marijuana and fund programs to repair the harms of the drug war got one new cosponsor for a total of seven.

The House bill to deschedule marijuana and fund programs to repair the harms of the drug war got nine new cosponsors for a total of 108.

Georgia Democratic congressional candidate Barrington Martin II tweeted, “When Marijuana is legalized on the federal level, all of those prosecuted and incarcerated for marijuana offenses should be IMMEDIATELY released and paid out a percentage of the revenue accumulated by marijuana conglomerates. This is a non-negotiable.”

Pennsylvania’s lieutenant governor tweeted, “The majority of Pennsylvanians in Democratic and Republican represented districts want adult-use cannabis legalized now! It is time for legislators to listen to their constituents. There is support in all 203 House Districts and all 50 Senate Districts.”

Ohio regulators disputed reports that they are in active conversations with Michigan officials about a possible agreement for patients to buy medical cannabis in the other state and bring it home.

An Alabama judge denied a motion to divert a disabled Iraq War veteran from prison to a community supervision program over a marijuana possession conviction.

Michigan regulators published a FAQ about annual financial statements that must be filed by medical cannabis businesses.

Tennessee regulators sent a reminder to hemp farmers about a deadline to report crop acreage to the U.S. Department of Agriculture.

—
Marijuana Moment is already tracking more than 1,500 cannabis bills in state legislatures and Congress this year. Patreon supporters pledging at least $25/month get access to our interactive maps, charts and hearing calendar so they don’t miss any developments.

Learn more about our marijuana bill tracker and become a supporter on Patreon to get access.
—

San Francisco, California cannabis regulators are accepting proposals for technical assistance providers and will hold a bidders conference on Monday.

Harrison County, Kentucky’s judge-executive authored an op-ed calling out the Food and Drug Administration for hurting the hemp industry by slow-walking CBD regulations.

The Philippine Dangerous Drugs Board warned against using cannabinol-infused vapes.

A study found that “cannabis use was significantly associated with greater subsequent total sleep time” and “was not related to a change in sleep efficiency nor sleep fragmentation on days with cannabis use versus days without cannabis use,” concluding that “cannabis use may have a positive effect on sleep duration in middle-aged and older adults.”

A review concluded that “although preliminary findings suggests that low-dose, short-term medical cannabis does not carry significant risk of serious mental health and cognitive adverse effects in older adults without prior psychiatric history, epidemiological studies find a correlation between past-year cannabis use and poor mental health outcomes in community-dwelling older adults.”

Wrong for Montana is a new group campaigning against the state’s marijuana legalization ballot measures.

Colorado retailers sold $226.3 million worth of marijuana products in July, a new record.

A judge granted Clint Eastwood’s request for a temporary restraining order against CBD companies from using his name or likeness to advertise their products.

Make sure to subscribe to get Marijuana Moment’s daily dispatch in your inbox.

Lover of mountains, tamer of hearts View all posts by Jane Williams 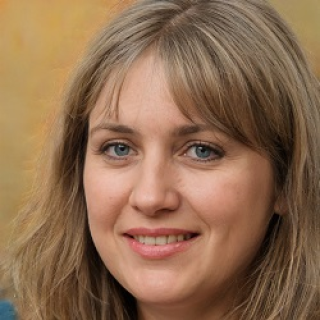 Lover of mountains, tamer of hearts